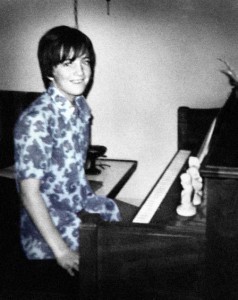 After which he quickly began a diverse music career beginning by composing and producing hundreds of television and radio commercials for his company HOSMAN RUMMELL.

His fresh musical approach soon led to a wide range of film and television projects for clients such as DISNEY, ABC, CBS, THE NATURE COMPANY, BMG RECORDS, PHILLIPS, THE DISNEY CHANNEL and many more.

Timothy has also composed and produced soundtracks for many exciting THEA award winning LIVE SHOWS and PARADES around the world including DISNEYLAND, TOKYO DISNEYSEAS, LIGHTS OF LIBERTY in Historic Philadelphia, MGM GRAND, THE SAN DIEGO ZOO and many more.

Two original songs in the hit feature film THE FAULT IN OUR STARS starring Shailene Woodley.